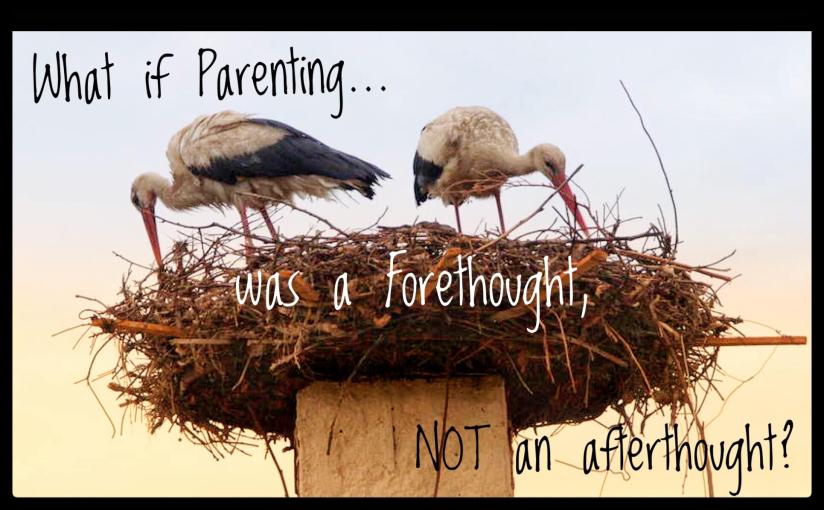 Last time we examined how essential knowing our medium is to the art of parenting. Getting to know each of our children as unique individuals improves our chances of providing the parenting they need.  Now let’s consider the second effective practice of artists and its implications for parenting as art. Artists observe and study the work of those who have gone before them, not to replicate their work, but to learn from the accomplishments and avoid the mistakes, in an effort to create their own unique style.

Michelangelo and da Vinci apprenticed themselves to the most well-respected artists of their time.  Van Gogh enrolled himself in the Academy of Arts in Brussels. Beethoven was a student of Hadyn and was heavily influenced by Mozart.  Martha Graham, a pioneer of modern dance, studied with her predecessors, Isador Duncan and Ruth St. Denis. In every art discipline you find one generation of great artists training the next generation of great artists, yet the resulting art is never exactly the same.

Michelangelo knew that he wanted to be a painter of the human form and sought to learn everything he could from his teacher, but he was not satisfied with the flat image that appeared on the canvas.  He set out to improve his technique by dissecting cadavers in order to learn how the muscles, tendons, veins and joints worked under the skin. By combining the fundamental skills he learned as an apprentice with his study of the human body, Michelangelo created realistic human forms and a renowned personal style.

When we attempt to apply the artist’s effective practice of studying the knowledge and wisdom gathered by predecessors to parenting, there is an immediate stumbling block.  The persistent belief that parenting is governed by instinct presents a forbidding obstacle. The presumption of instinct precludes the need for learning. Instinct is defined as an innate or inborn ability that determines behavior.  Examples include nest building in birds, web spinning by spiders, and cocoon building by caterpillars. These behaviors occur naturally in ALL members of the species without being learned or practiced.

In order for a behavior to be considered instinctual or innate, it must be observed before the animal has had a chance to learn the behavior from observation or experience.  The only known innate human behaviors are the reflexes observed in infants at birth, such as the startle, sucking, and grasping reflex. Since we cannot isolate humans until they reach reproductive maturity, in order to observe what other behaviors might occur instinctually, we can assume that all other behaviors are learned, including those involved in parenting.  If parenting were governed by instinct, we would not have so many questions about how to do it, and specifically, how to do it well?

Confronting the fallacy of a parenting instinct is critical because that misconception prevents people from asking for assistance.  When they don’t know what to do, they feel guilty and incompetent, as if they are missing something that other people have. What they are missing is information and skills that can be acquired.  Seeking these from others with more knowledge and experience is a sign of maturity not dependence, of wisdom not weakness.

Having demonstrated that parenting is learned, I contend that the most profound influence on our performance as parents is our experience as children.  Unfortunately, we spend the majority of our apprenticeship unaware of the training we are receiving. Most of us do not realize how thoroughly we have been indoctrinated until we are in the midst of parenting and open our mouth only to hear our mother’s or father’s voice come out.

Unlike other artists, we do not get to choose our original teachers.  Therefore, it is essential that we evaluate the instruction we have received (ideally before beginning our own masterpieces), and determine in what areas we need to make adjustments.  Doing the opposite of what our parents did is not necessarily an improvement. Whatever faulty lessons we may have learned, we are not destined to repeat them. They can be unlearned and relearned in order to construct a more effective set of skills.  If we can only do what we know, it is imperative we develop a sense of curiosity about parenting that motivates us to learn more.

Retooling our skill set requires a conscious decision to explore the wealth of information about child development and parenting.  This can be accomplished in a number of ways: observing other parents to acquire an alternative view from the one we have experienced; consulting books and articles on child development (I recommend Dr. Penelope Leach) and parenting (I recommend Jane Nelsen, Nancy Samalin, and Stephanie Marston); and seeking the advice of other adults whose parenting we admire, in a sense, adopting them as mentors.

Remember, our medium is constantly changing, as is the world around us.  I once heard a speaker say, “Becoming is superior to being.” ‘Being’ implies a static, fixed state whereas ‘Becoming’ suggests an active, continuous process.  Parenting, by virtue of the nature of our medium, requires that we continuously seek to become the parents our children need.

Imagine what might happen if we invested as much time and effort in preparing to become parents as people invest in preparing to become artists.  What if we put as much thought into the decisions we make about parenting as we do about buying a house or car? What if we were as dedicated to our job as parents as we are to our temporary jobs? When you consider that the masterpieces we produce have implications for the lives of generations to come, it is reasonable to suggest that intentional preparation for the art of parenting is crucial.

Published by A Parent 4 Life

View all posts by A Parent 4 Life